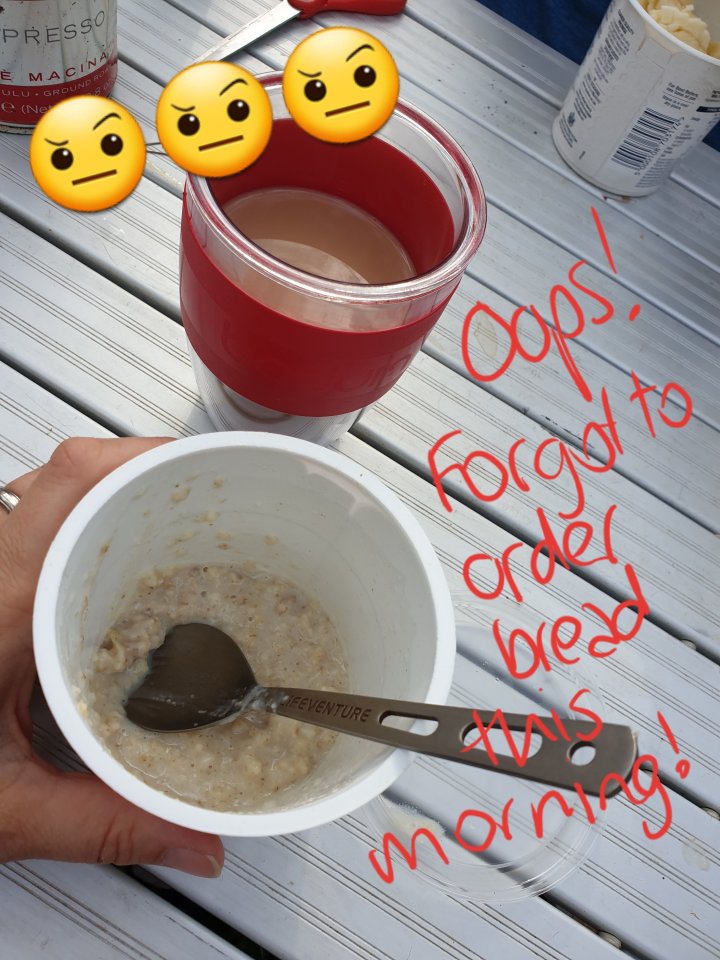 What a start to the day! Previous evening’s forgetfulness meant a croissant free brekkie – but away to Avignon and the north.

According to Google’s recommended parking spots, if we follow the ring road, Parking de L’Italie should see us right, but sadly not.

A double navigation scenario eventually got us out of the one way system and across the river to the park and ride, which was free including the bus ride, efficient and enjoyable.

Once in town we followed our noses towards the Palais des Papes and plumped for a nice looking lunch spot nearby. 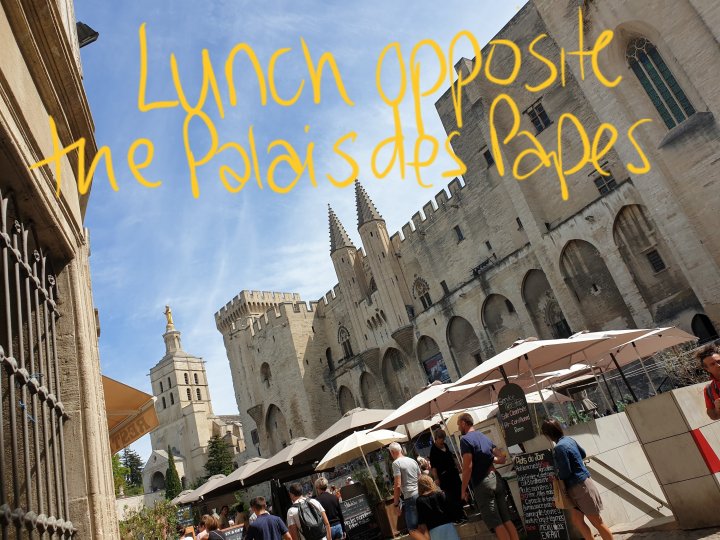 It was shady, which, coupled with the, ahem, *breeze*, made it seem rather pleasant. It didn’t last.

There was, what was becoming the obligatory overhead mist, and the plumbing for that, and the parasols were all lashed together in one large mass. As we were seated at the end of the installation, the wind kept getting under the parasol and lifting it. The pole was just behind me, and a couple of times I felt the need to make a grab for it to prevent it taking off. It did it anyway. And broke the parasol. Which nearly decapitated me in the process.

The waiting staff came and had a butchers but couldn’t do a deal with the way it was all lashed together so we just got on with our dinners.

Le petit train was glimpsed whilst we were noshing, and the stop was nearby, the queue for which was much shorter than to get in to the palace. We enjoyed a ride around all the sights in the shade and had commentary through headsets in English, which pleased Madame, H less so.

We took a walk after the train trip, in search of ice creams. We found this…

…not sure I’d want to eat there, for some reason.

We enjoyed the shady streets, some more than others:

And saw your actual Pont D’Avignon, but didn’t do any dancing on it. 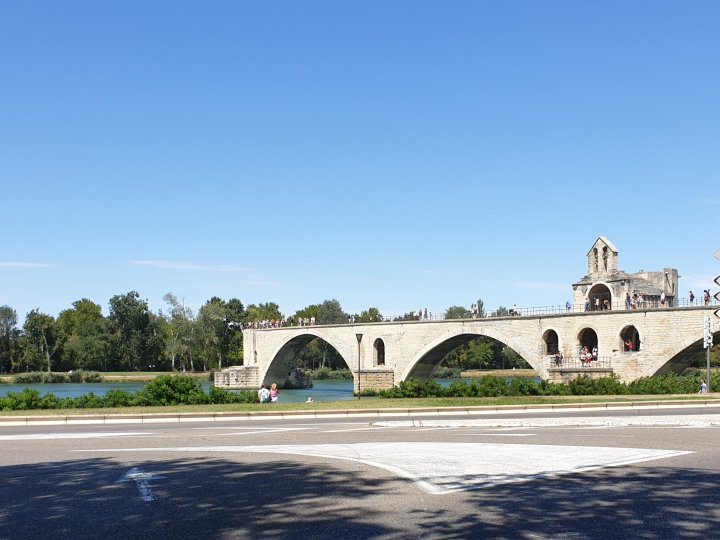 We eventually found an ice creamery and enjoyed some chilled goodness.

By which time it was getting on for time, so we headed for the hills.

Aigues Mortes was the final place on my radar for an excursion, which is up next.