In preparation for a long Easter weekend, we took the new awning and screen covers to Colombia for a test. 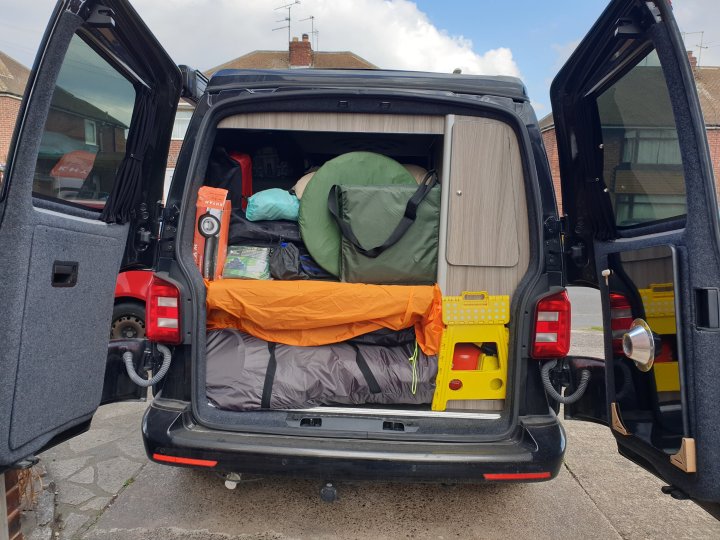 Van was crammed full for just an afternoon’s entertainment and we found a spacious spot to begin.Screens went on first – windscreen cover went on first, hooking over cab doors, no worries. You just have to remember not to open the doors when it’s all fastened. 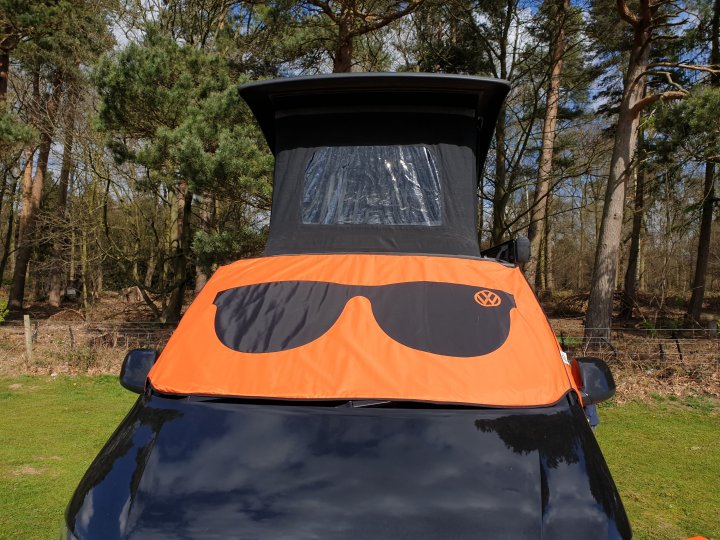 It was a bit fiddly to get the pop top screen up, we didn’t get it entirely right, but once we found the video tutorial cunningly disguised as a review we knew what to do next time. 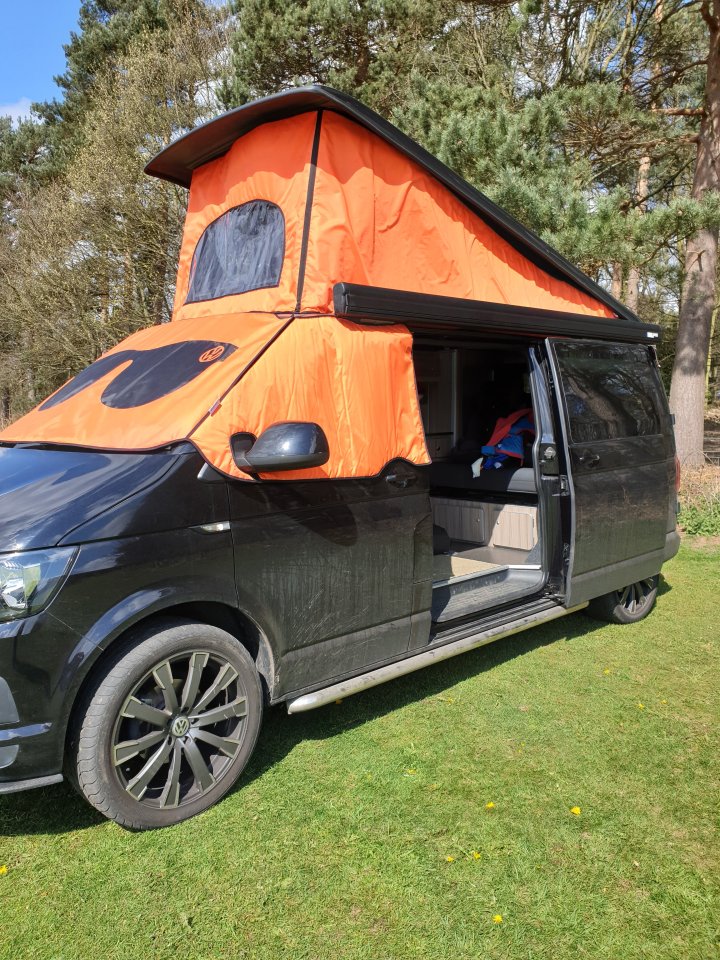 There was just this bit left. Which was nice. 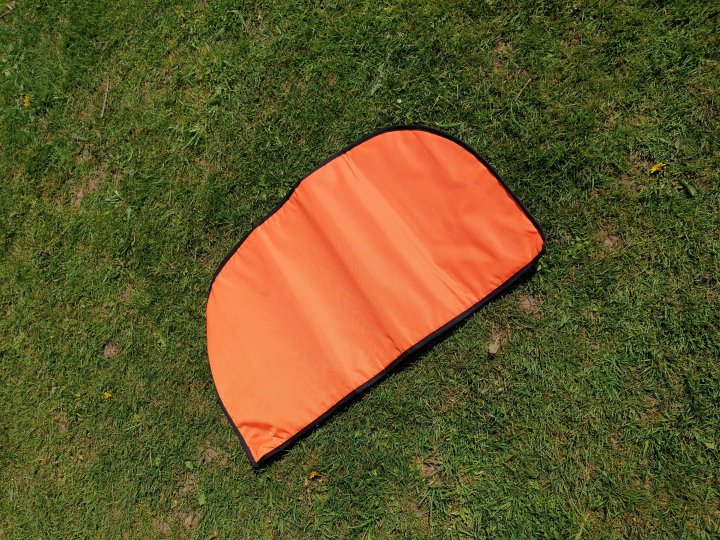 So, we moved on to the awning. Bags were ruddy heavy but we did have the Dub Hub XL, ground sheet, inner, mesh panel, bedroom pod, bedroom inner, bedroom groundsheet and baffle. Managed to shove most of it into 2 bags. 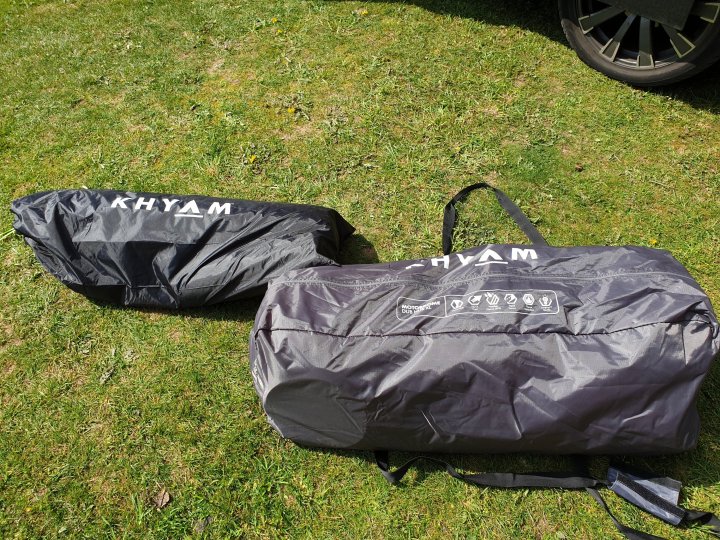 It was a bit of guesswork with attaching the tunnel, but it took us 40 mins, but not bad for a first effort. 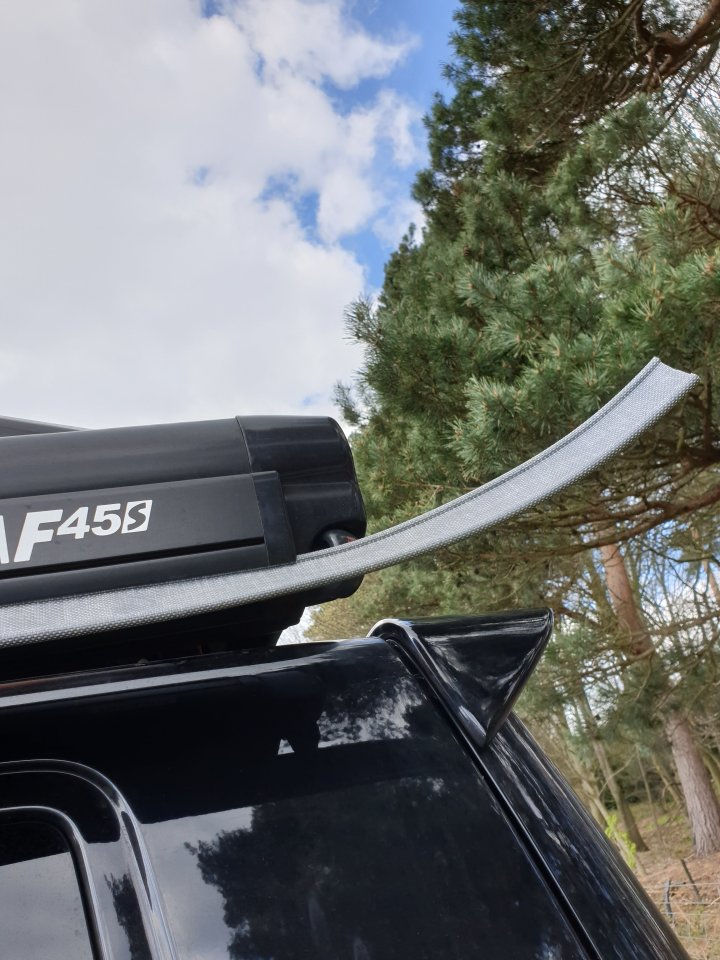 The awning rail was a bit tricky, but we managed. 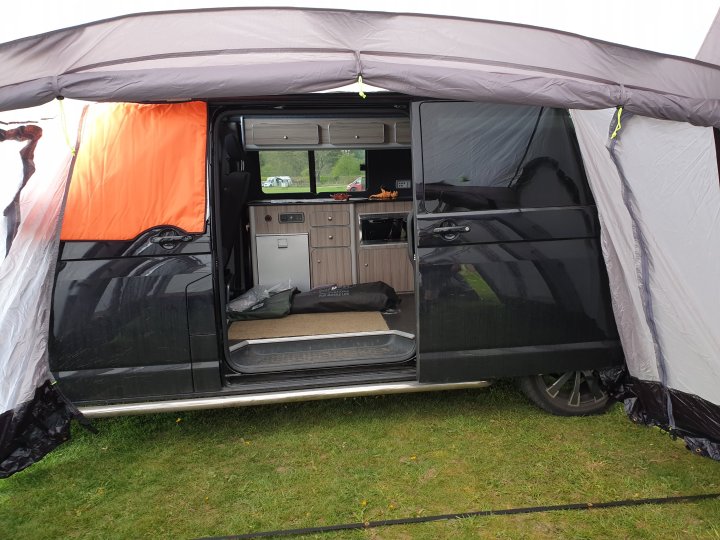 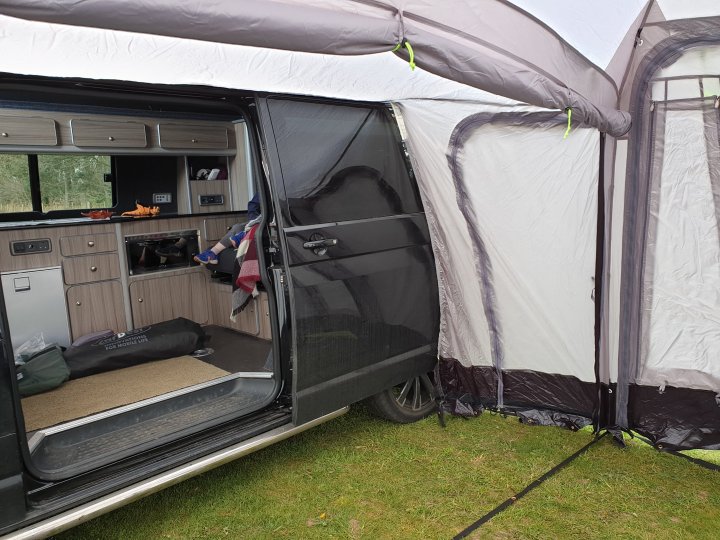 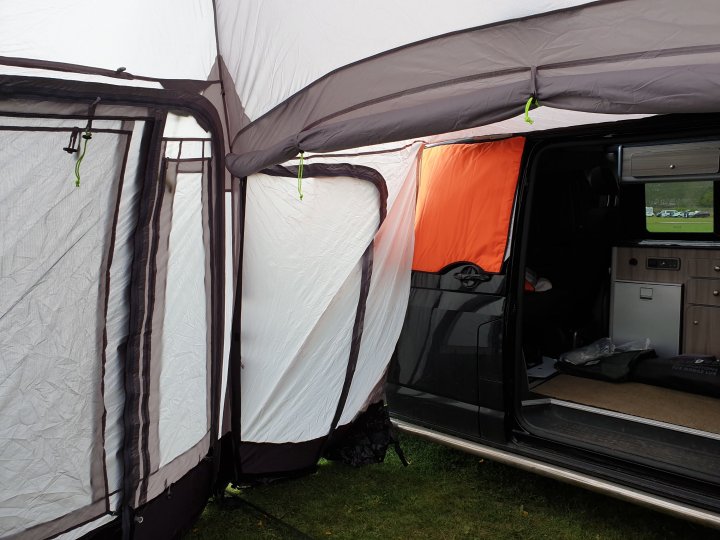 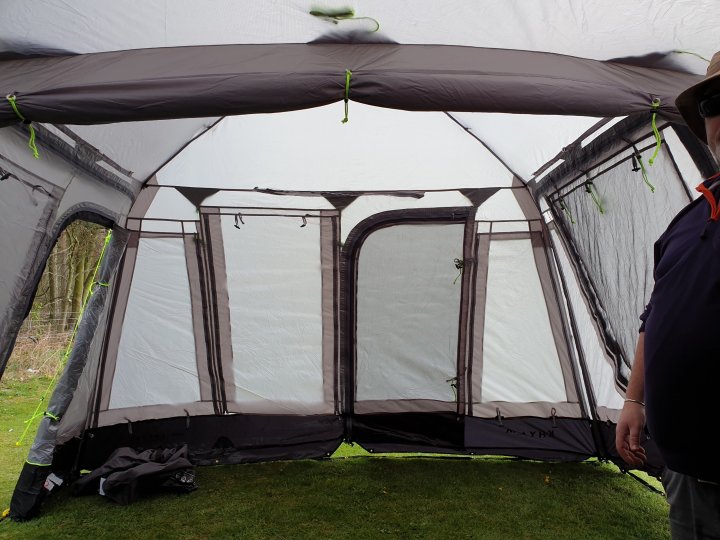 Quite pleased with the effort and the versatility of the space with many options to zip in and out. We decided to quit whilst we were ahead and have a picnic instead of adding in the ground sheet or bedroom pod. 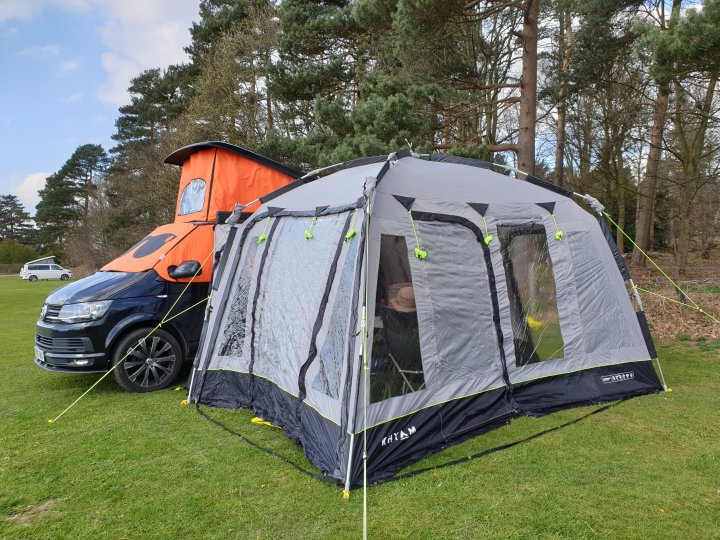 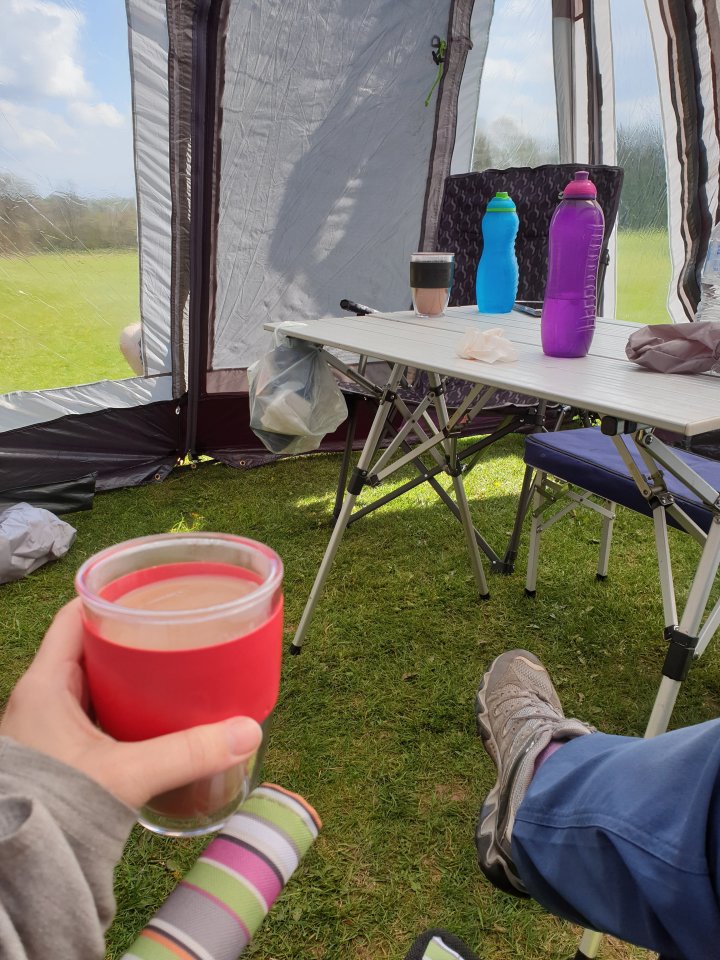 As we were miles away from the facilities we took the Pop A Loo and decided that we would definitely ditch the quick pitch tent which goes with it from now on.All in all, v. pleased with purchases and looking forward to getting some good use out of them.