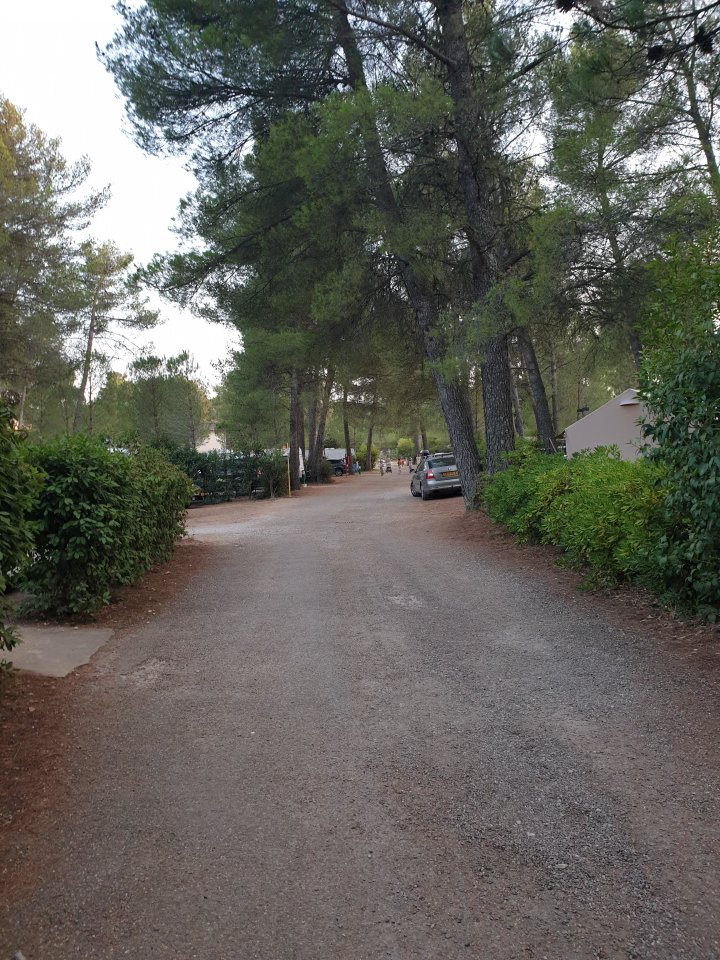 Before I get into things properly, it is pertinent to note that this trip is both the longest number of days we have spent consecutively in the van, and also the hottest location we have visited.

The trip was planned a few months in advance and on reflection, and especially following the recent meandering in the Nederlands, we should have made the stopovers 2 nighters and/or at shorter distances, especially as the Montreuil-Beaune leg was sooo long. Reverting back to the 300kms/day rule would be more sensible as we were so tired on arrival at both stop off places that we did no more than eat and then sleep.

Also the site we selected was not immediately first choice, but we have liked the Huttopia sites we’ve stayed on previously and we were really glad we chose it because it was top. Working it out it cost us about £45/night which is steep, but choice was limited and we definitely got our moneys worth.

Knowing the pine forest/hot weather scenario meant a total fire ban was what prompted us to invest in the Cadac barbie in the first place, and although it did get some use, most of the time it was so hot that we didn’t feel like going near hot food let alone cooking and a good chunk of fridge space was given over to chilling the vast amounts of drinking water we were chugging through (9L a day between us at one point!)

The site had the standard Huttopia package, bar, pizza wagon, pools, bike hire, shop area, bread delivery/ordering service (Mother take note) and we got a really warm and comprehensive welcome from Justine on reception, who had annotated a map for us with wifi passwords, barrier codes, opening times etc and gave us a map of the nearby village and lots of other info.

The pools were very welcome, but it was immediately apparent that the “shallow” pool was too deep for both kids, so we hastened to Decathlon to buy a selection of swimming aids. 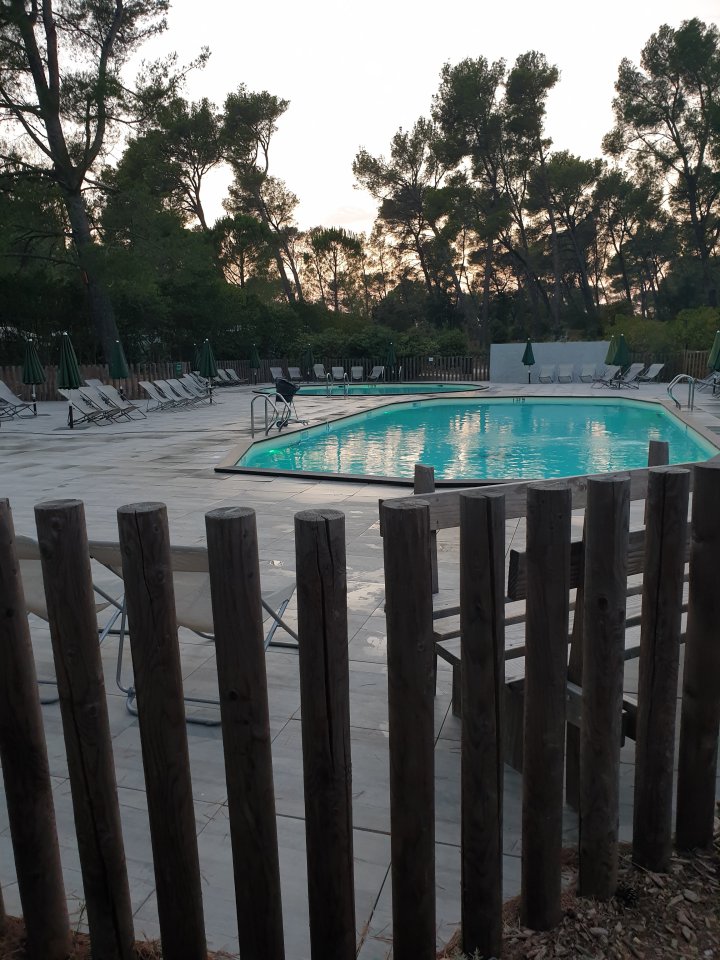 The pitch was really big. It had a whacking great pine tree in it, which was mildly inconveniently placed and not densely foliaged enough to provide comprehensive shade, but we worked around it. On the second time of asking we decided that parking across the front of the pog gave us the best shade/space combination, whereas at first we just backed in almost willy nilly. 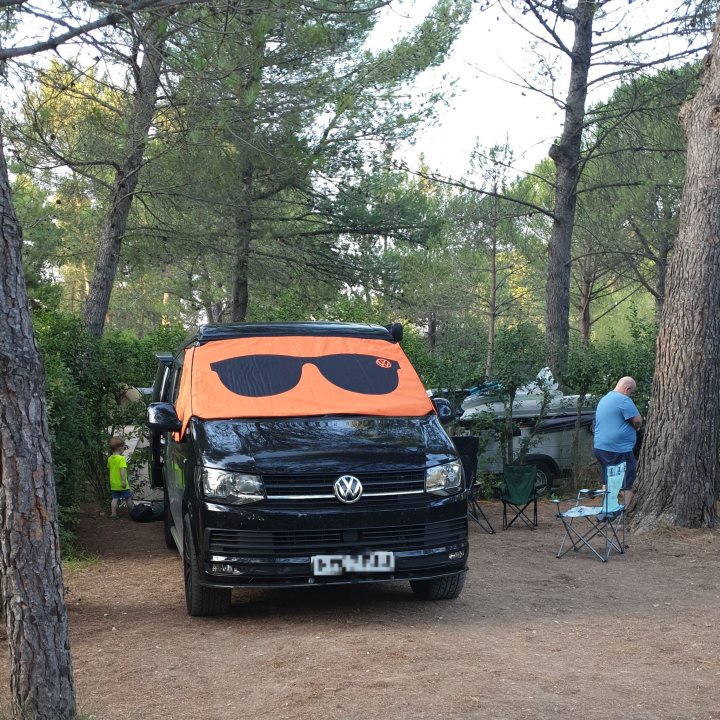 The children enjoyed the woodland play area, which was conveniently placed by la terrasse so they could monkey about whilst we enjoyed an aperitif on the ruddy sharp edged metal chairs.

It was a reasonable walk from the terrace back to our pog, which was directly across from the Johns and on a corner, but not so far as to be a drag. 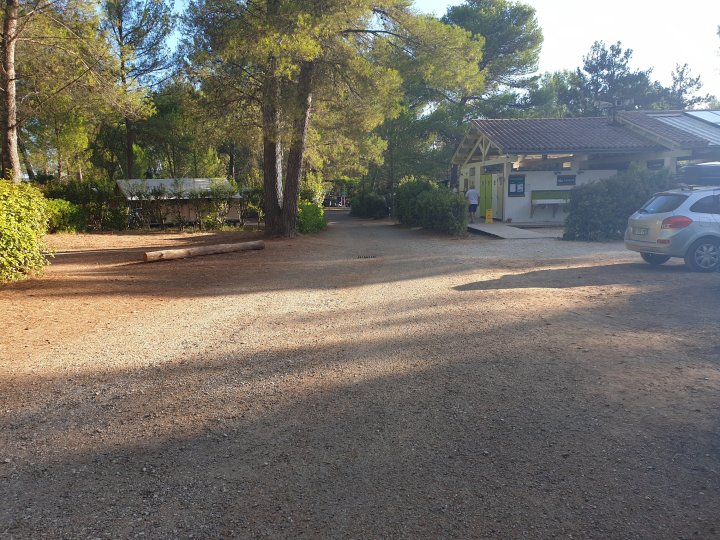 Much to Madame’s delight there were daily activities aimed at youths in morning and evening, so over the course of the stay we participated in dream catcher making, horse riding, wooden games, le welcome drink, magic show etc.

The horse riding was a bit of a sore point as she was so keen we waited from 10 mins before the horses were due to arrive, they were then late and a massive queue had built up, which Mr Chef de Camping then decided to start from the wrong end. 45 mins later in sweltering heat, she got a 5-10 minute clop around the tents.

Dream catching was good, we will have a go at that at home.

Le welcome drink was a dodgy cocktail and sirop for the anklebiterz with a talk from Mr Chef de Camping and chapeau for the simultaneous translations throughout.

The magic show was by far the kids favourite. They didn’t understand much of what was said but it didn’t matter as most of it was visual. Lots of juggling, little red balls appearing, mainly from the dude’s mouth, light wand twizzling and lots of enormous/smoke filled/multiple bubbles being blown. They loved it, and brownie points to Madame for keeping the tiger boy under control amongst the crowd. 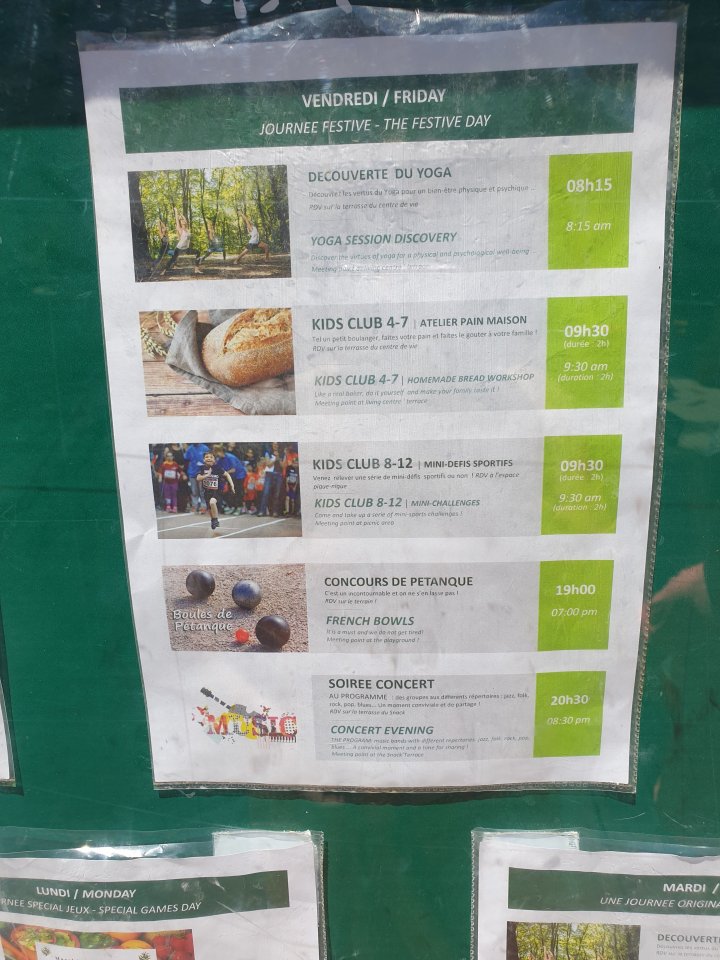 The green credentials of Huttopia are one of their selling points and we were given a bag for life to encourage us to trier nos déchets and it was nice to see this on the terrace too, in an effort to reduce the hundreds of plastic bottles being used and crunched up every day. 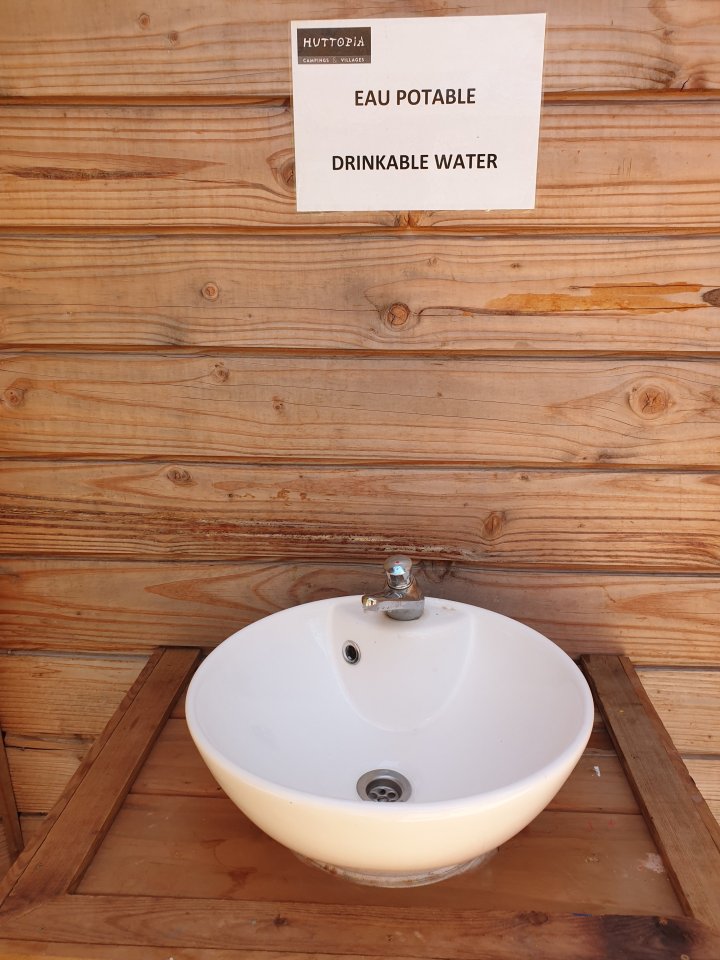 It took us a good few days to acclimatise after the long journeys and to get used to the heat – it was somewhere between 31 and 37° every day for the first week, and not much cooler the second, so the amount of sweating that was incurred by any type of effort made us very reluctant to do much except sit in the shade. Much Potter was read, much kindling was done during the hottest hours and a lot of water misting and fanning took place, followed by long, cool swims.

The roll out sun canopy, therefore became the maximum we could muster in terms of creating shade. The first night we were too tired to attempt putting up the awning and on subsequent days the thought of putting it up just seemed like it would be too much of a hot stress to bother.

We put up the John tent of course, which on this trip became known as The Shed, as it housed the unused awning, the unused John, the cellaring arrangements for beers, drinking water and soft drinks and other miscellaneous tat.

Whilst at Decathlon we actually purchased a new, SPF 50 tarp, as we hadn’t packed the usual one and for a few days used it to extend our shade, but even that fell by the wayside. 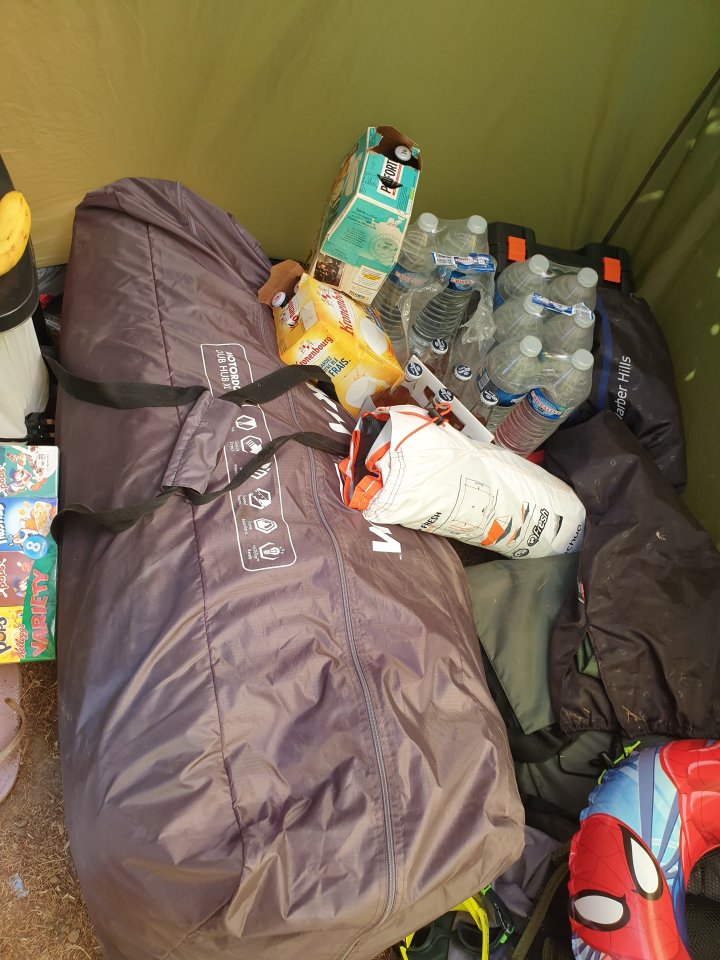 We had the chairs and table strewn about, according to where the sun was

and of an evening we figured out how to hang the mini lights from the awning rail, having bought a combination light and mozzie zapper from the Intermarché, which was a top purchase, being USB rechargeable, but nowhere near enough, even in combination with anti mozzie spray and soothing creams to deter the little blighters from eating us alive.

Time for an aperitif.

It was hot by breakfast time most days and didn’t cool off even at night until just before dawn, so sleeping in an insulated van was a challenge, we had the pop roof fly screens as open as the kids would tolerate with the nearby lights, the fan on, the sliding door ajar and some nights damp sarongs for covers or no covers at all. This perhaps needs looking at before we attempt another hot weather road trip. 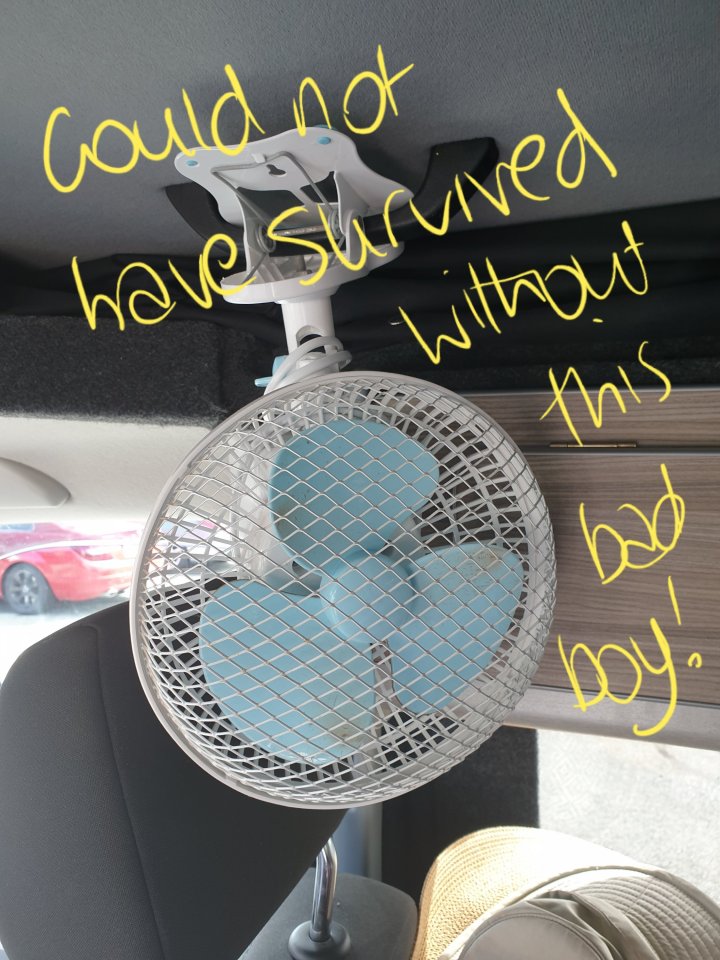 So, for mother’s benefit, to the facilities. They couldn’t really be faulted. Cleaned 3 times a day, light and airy, with a full complement of paper roll (as H calls it), handwashing sinks, soap, temperature controllable showers, hair dryers available and a large cubicle with toilet, basin and shower with adjustable head and seat which was ideal for dousing the offspring. 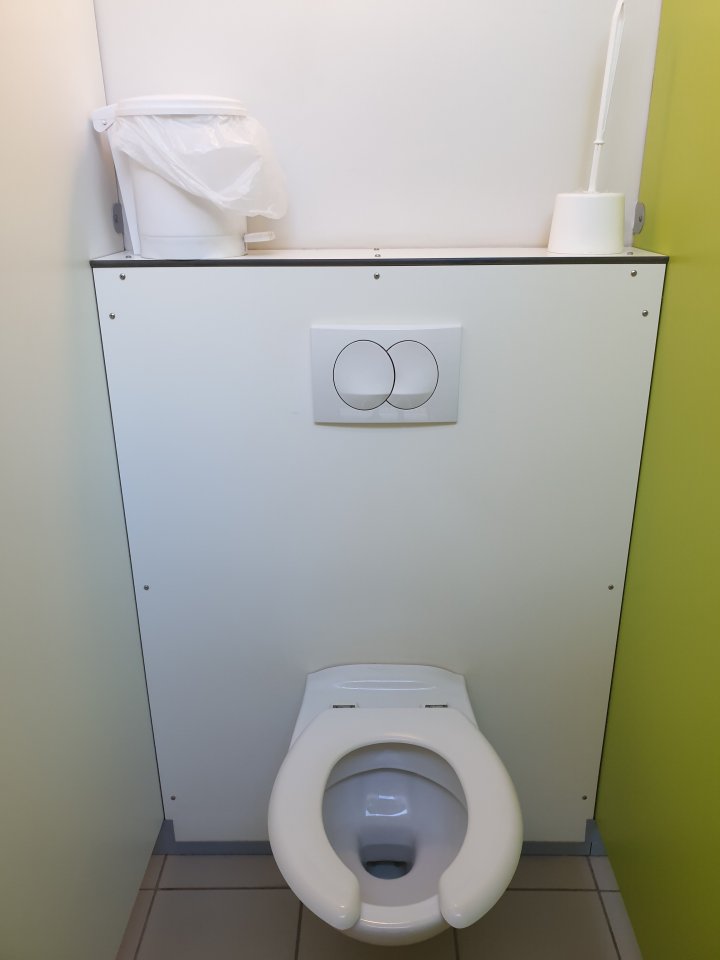 So, to interesting occurrences:

2. I got my bikini pant caught on the side of the pool and got blessed cramp, nearly ending up incapacitated.

3. I had washing up “helpers” – H at breakfast time, and her majesty at tea time.

4. Drinking 9L of water a day often necessitates a frenzied search for a John, especially when touring the streets of a new town looking for somewhere to park the van.

5. Drawing all the blinds an putting on the sunshade whilst you go off on an excursion will only help so much in deterring heat incursion. It was 42.5° on our return from Pont du Gard!

6. Aircon on the other hand, is a marvellous invention.

8. Everything was really expensive, and I quote Mr Bass

“16 euros for a seafood salad, and it wasn’t even fresh seafood.”

9. Items which are normally in frequent use didn’t get a look in on this trip – the awning, the John, the whistling kettle, blanketry, socks, waterproof coats, and unsurprisingly the flavour shaker.

We did, eventually get round to visiting some of the local sights, although French town and city centres and van life are uneasy bedfellows, parking without height restrictions and spaces suitable for manoeuvring the van in and out did have an effect on where we went and, in the case of paid parking coupled with the heat, how long we stayed. We did a fair bit of googling for parking, supermarkets etc and it was in the main helpful, as was being able to pay for parking by card, and even better taking a free park & ride bus.

Future blog posts will eventually be made for our trips to: